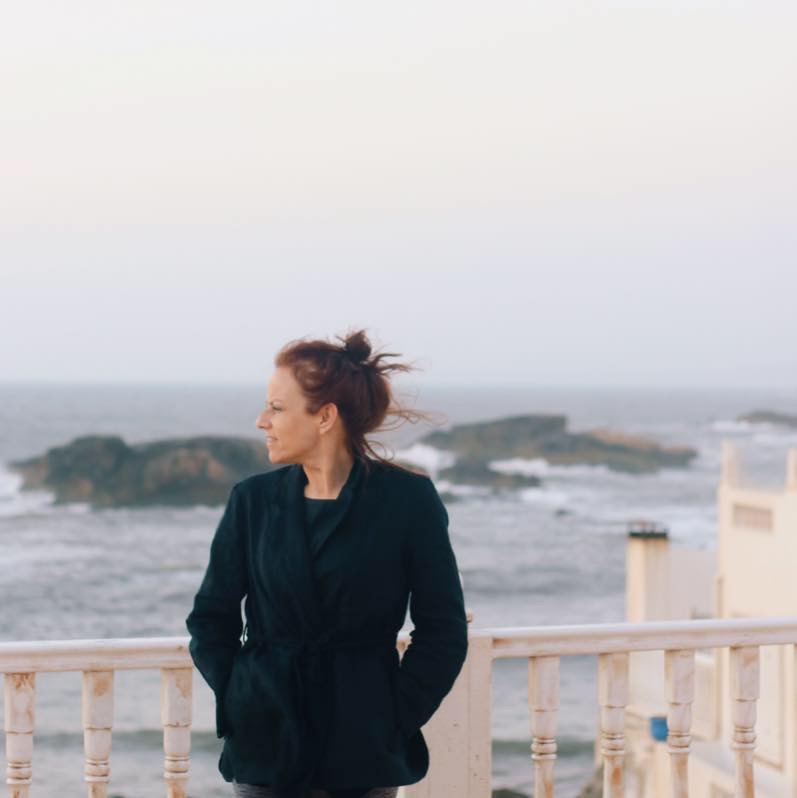 The definition of “imposter syndrome” (also known as imposter phenomenon or imposterism), is “a psychological occurrence in which an individual doubts their skills, talents, or accomplishments and has a persistent internalized fear of being exposed as a fraud.” (Thank you, Wikipedia. I donated after I lifted this definition from the site.) For people who have already achieved a modicum of success in their career of choice (actor, writer, manager in the corporate world), imposter syndrome manifests as an inability to believe that you achieved your current level of success through your own skill or sweat equity. For example, an award-winning film director might think they have arrived at the Academy Award podium through sheer luck or happenstance, that they are unworthy of all the attention and that at any moment their lack of talent will be discovered. Not surprisingly, imposter syndrome is real and typically affects more women than men.

I first realized I was suffering from imposter syndrome this spring. I spent the winter holed up in a self-imposed Covid quarantine prior to and after major surgery. As the world began to reopen, I ran into old friends I had not seen in ages. One thing quickly became clear. Most of the friends I reconnected with had no idea I was writing a book. The main reason was this: I had not told them.

For some reason I had forgotten to mention to just about anyone in the past two years that I was writing a historical novel based on the life of my dear friend, retired SUNY professor and Czech Holocaust survivor Vladimir Munk. The working title of the book is “The Missing Star”. It is based on the true story of how Vladimir and his wife of over 65 years, Kitty, met as teens in a Czech concentration camp and fell in love. They were separated by the horrific events of the Holocaust and found each other after the war.

One of the hallmarks of imposter syndrome is a paralyzing fear of being exposed as a hack. I realized that if I told people I was writing a book they might ask what other books I had written. The truthful answer is none. After that, I imagined things would get awkward, causing the other person to point at me and shriek like an alien discovering someone who was still human in “Invasion of the Body Snatchers”. Imposter!

It would not matter that I have written for numerous publications in the Adirondack region for over a decade, dozens upon dozens of pieces on regional restaurants, arts, business and cultural events, music, and historic and distinctive homes in the area. I wrote a series of biographical articles about Vladimir’s Story, but I have not written a book, per se. Imposter!

When I decided to write the aforementioned book, I joined an online writing group called Writing in Community (WIC). WIC is an Akimbo workshop founded by Seth Godin and Kristin Hatcher whose goal is to bring a support network to the solitary goal of writing a book. I made lifelong friends through WIC, people who started their books around the same time as I did.

Those friends have since self-published their books on Amazon Kindle Direct Publishing (KDP). One of them, my dear friend Terri Tomoff, recently celebrated the one-year anniversary of the publication of her inspiring book, The Focused Fight. I met David Reynolds in WIC. He recently published his book Lead. Learn. Change. after his podcast of the same name. Patrick D. Bonner, Jr.’s debut novel, One Man, One Day, has received amazing reviews. He wrote it while working full time as a partner in a law firm. It is a fantastic read.

The knowledge that all of these first-time authors have published their debut efforts should be inspiring to me, right? For someone suffering from imposter syndrome the effect is just the opposite. The divide between those who can and me stretches out into something resembling the Grand Canyon. They can do this. I can’t. If they had a hard time formatting their book on Amazon’s KDP how on earth will I do it? How will I know which pictures to include? How can I decide what the best cover artwork might be? Most people subscribe to the theory of “You don’t know what you don’t know”, which embraces the fact that no one is going to know everything, so we all have a pretty equal shot at creating something. Imposter Syndrome got me feeling like the image on the left in the chart below.

In Pursuit of Perfection ~ Imposter Syndrome at its Finest

“Perfection” is not the title of a Jane Austen book. It, or perfectionism specifically, is a form of self-sabotage. It can be the downfall of those of us who suffer from imposter syndrome. The fear of not getting things just right has led me to self-sabotage in a couple of different ways.

The book I am writing is a historical novel. It has required extensive research. Although necessary, it has been time consuming, especially when I found myself falling down rabbit holes for hours on end that ultimately led to little usable information. I will never know if I have gotten every single detail exactly correct but boy have I tried, possibly to a fault. I also may have set unrealistic goals about the time it would take to complete the book given the research involved and was then even more disappointed for not achieving them. In the end, all I can do is run a draft by some trusted historians for overall fact checking and keep moving forward.

There are so many places where you can get hung up in pursuit of a goal, but the worst situation is when you clothesline yourself with indecision. Self-doubt can lead someone with imposter syndrome to take their eyes off the prize. It can distract you and slow your progress, throwing roadblocks in front of your goal. Such is the case with the rewrites that come after an initial draft. “Am I making it worse or am I making it better?” Seth Godin says that our “lizard brain” creates resistance. It hates failure. If you never finish your work because you are waiting for it to be perfect, writing and rewriting in my case, you will never release it. You can maintain a low profile, and mission accomplished, no one will see you fail. Imposter syndrome loves the status quo.

News Flash: Perfection is a myth, particularly effortless perfection. “Never let them see you sweat” is only true in deodorant commercials. Pretending that creating is easy is disingenuous to those who are hammering out words and work and taking great care in that process.

I Yam What I Yam or Can Imposter Syndrome Be Cured?

Comparing yourself to others is a recipe for disaster, inaction and unrealized dreams. We are all unique. Even Popeye had the good sense to know that while he might not have had good looks, he had muscle and he had heart.

Telling my small universe what I am doing now holds me accountable in the most terrifying but also the most liberating way. I know there is going to come a day when this book will finally be published. When that happens, I hope I do not have to endure a Scooby Doo Ending (not the Urban Dictionary kind) where my author mask gets ripped off exposing me for the fraud that I am. “I would have gotten away with it if it hadn’t been for you meddling kids!”

I will try not to be hard on myself for taking time away from finishing the book to write this blog. It is not my imposter syndrome kicking in, pulling me away from the task at hand. Sometimes a quick distraction is a good thing. It brings you back to your priorities, with a fresh perspective, renewed enthusiasm and hope. So don’t worry if you don’t see me for a while. I am just going to be over here putting the finishing touches on that book I told you about. Maybe imposter syndrome isn’t such a bad thing after all.

2 thoughts on “Imposter Syndrome is Real”