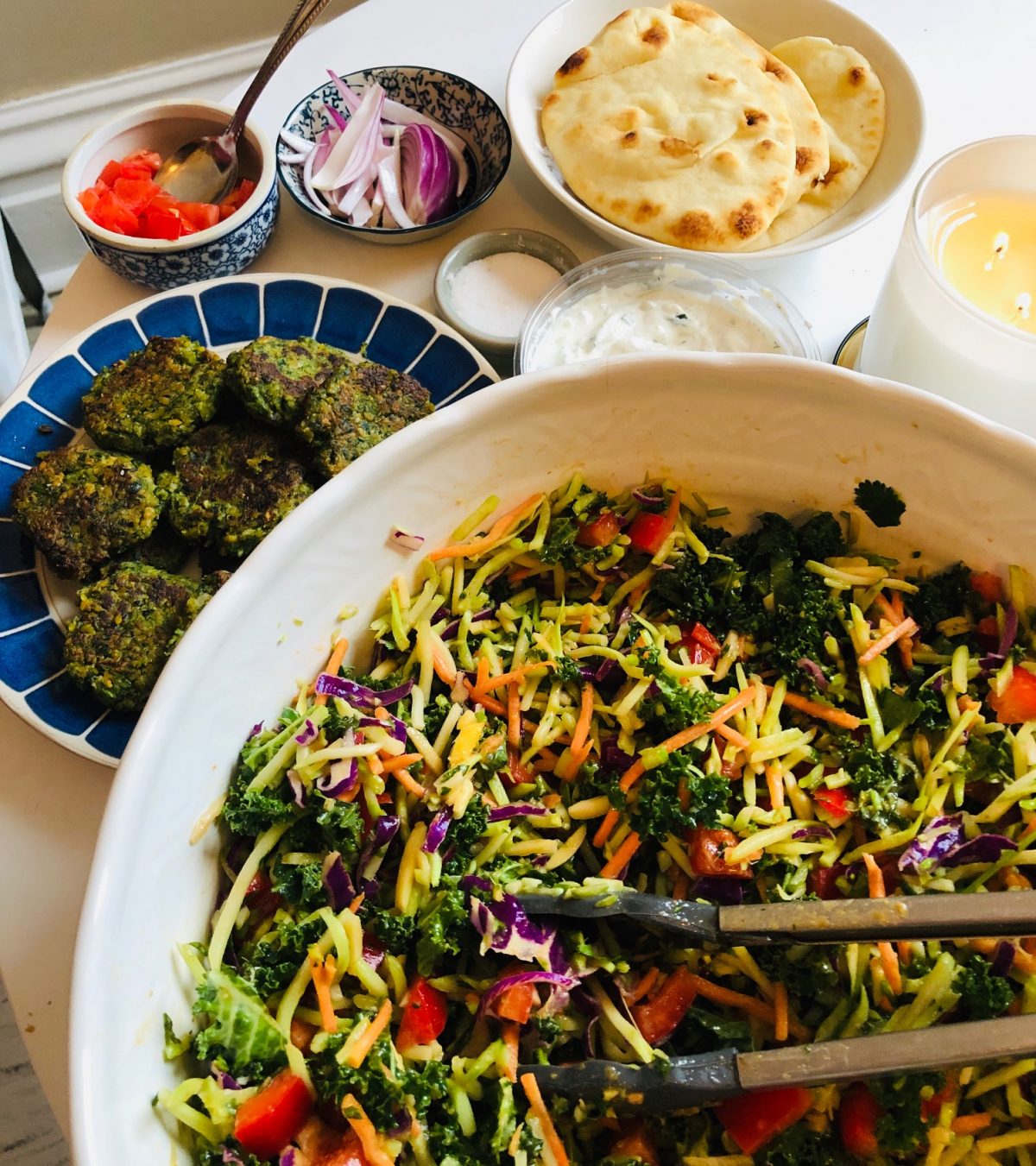 We are living in extraordinary times. The nonstop news coverage of the Coronavirus has driven many of us to feel anxiety, anger, fear, depression. It is a daily barrage of statistics including confirmed cases, deaths, recoveries, ventilators, PPE, antibody tests, jobs lost and unemployment claims, all set amidst a backdrop of tense political division.

When we do forget for a moment that the entire world as we know it is in crisis, we may feel guilty for having found a little bit of sunshine amidst the ruins. That momentary timeout from the madness might be found in Netflix, video games, reading, writing, arts, crafts, exercising, being in nature, browsing social media or keeping in touch with friends and family.

I have found comfort in food, specifically in making it, not eating it. I cannot have “Stop the Spread” take on any other connotation during this crisis. My Covid-19 induced cooking sprees have provided me much needed relief from the outside world’s fever pitch. They are also elevating some of my family’s favorite recipes to well-deserved cult status.

A Brief History of Kale

Kale was discovered and subsequently touted as a “superfood” in the late 2000s. It reached its peak in popularity around 2012. In 2014, kale won a trademark battle against its nemesis, Chick Fil-A during the “Eat More Kale” t-shirt fiasco. That distraction may have been what gave brussels sprouts the window of opportunity it needed to sneak past kale onto restaurant menus and into our hearts. But I digress.

I introduced kale into my family’s life right around its peak with great success. I tossed curly kale leaves in olive oil, salt and freshly cracked pepper and roasted them at 300˚ for twenty minutes. They came out of the oven crispy on the edges and bright green.

I should have taken photos of the newly converted, eagerly waiting in the kitchen for my kale chips to come out of the oven. A whole bag, gone in minutes. I was on trend.

So Long and Thanks for all the Kale

What I should have guessed is that this love affair with kale would be short-lived. Time passed and I was soon standing in the kitchen, alone, bravely attempting to eat the whole pan by myself. I failed and soon learned that leftover kale chips are only fit for one thing: the garbage. I stopped making them.

How could this happen? Kale is a superfood! It contains fiber, antioxidants, calcium and more! There are whole lines of t-shirts dedicated to kale! I took my family’s loss of interest in this high-performance vegetable very personally. I could still sneak it into soups and stews, but it just wasn’t the same.

Just Phở The Fun Of It

My best friend from high school, Andrea, lives in Massachusetts. On the rare and wonderful occasions when we are together at her home, she is always accommodating and respectful of my changing dietary whims. Once, when I was vegan for Lent, she made the most delicious vegan phở.

This was the first time I had ever had phở, a Vietnamese soup made with broth, rice noodles, herbs and, traditionally, meat. The broth for the phở was complex and flavorful. The vegetables and herbs she used were at peak freshness. We enjoyed pouring the steaming phở broth over them and watching them wilt. And we had endless fun for the rest of the weekend pronouncing, or mispronouncing it: pho, fuh, foe. I think we said it a million times.

Andrea made a salad during our next visit. Let me rephrase that. This was not a salad, it was a supernova. If memory serves me, the clouds parted and the sun beamed through the windows of her kitchen as she presented us with this dazzling bowl of crunchy goodness tossed in a sesame-ginger-peanut dressing. It had bright red peppers, crisp broccoli and carrot slaw, slivered, toasted almonds, bright green chopped cilantro and, my old flame: kale.  Hello, stranger.

Ever since Andrea introduced me to the Asian Kale Salad with Ginger Peanut Dressing by once upon a chef this recipe has been on rotation in my own kitchen. It has brightened many a late North Country winter day and it has become a staple at the majority of our family gatherings.

When I have made this recipe over the past few weeks it transports me away for a little while. As I chop, grate, measure and whisk I forget, if only for a few moments, the stress and helplessness I feel in the midst of a situation over which I have absolutely no control.

I may have been a bit dramatic saying that this kale salad recipe changed my life. What I meant to say was that it confirms my faith in humanity. Because a salad that makes me feel this good, if even for a short while, could not exist in a world that was all bad.

Hack #2 from me: Double the dressing recipe. Resist eating it by the spoonful, or not. Do feel free totally within your rights to eat the whole salad in one day.

One thought on “This Kale Salad Changed My Life”